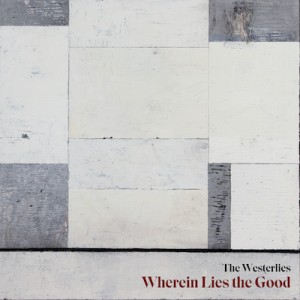 Wherein Lies The Good is the third album from The Westerlies, the innovative brass quartet that now includes trumpeters Chloe Rowlands and Riley Mulherkar, as well as trombonists Andy Clausen and Willem De Koch. It’s by far the group’s most stylistically varied release, featuring original compositions along with a panoply of traditional tunes by Charles Ives and the Golden State Quartet.

The music is loose, bright and lively, and mostly shorter tunes form the record’s spine. Others are roomier, including the 14-minute title track that comes early in the program and is divided into 11 movements. The final three tracks function as a kind of suite. The best tunes here, though, are brief and playful, such as “Golden Gate Gospel Train,” an expressive bit of polyphony that brings to mind Jimmy Giuffre’s “The Train And The River.” Bandmembers seem to have a collective sense of humor, too. Nothing is overly solemn, even on a rendition of Arthur Russell’s “Eli,” when tin foil covers the bell of one trombone to create a kind of sustained fricative that sounds a bit like a sizzle ride. The first track, “Robert Henry,” is minimalist and somewhat classically inflected, as is “Chickendog And Woodylocks.” Other efforts—like “Laurie,” featuring a sighing trombone that almost sounds like a tuba—are slow and contemplative without being overly pensive. “Do Unto Others” begins with a lovely, blues-inflected call-and-response that has a New Orleans-style feel.

The collected works make Wherein Lies The Good a uniquely textured, open and broad effort, one that benefits from drawing on a variety of sources and moods.