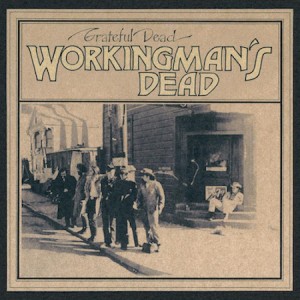 Separating the myth from the band, and the band from the culture, is tough to do.

The wandering, exploratory on-stage performances by The Grateful Dead always will be what the band’s best known for—and maybe rightly so. But a pair of studio dates released in 1970 offered a country inflection that Jerry Garcia championed and contained some of the troupe’s best-known songs.

To mark Workingman’s Dead‘s 50th anniversary, the album is being remastered and repackaged with a live set from Feb. 21, 1971, at the Capitol Theatre in Port Chester, New York, spread out over two additional discs. (The troupe’s other 1970 release, American Beauty, ostensibly serves to expand on what was laid down across Workingman’s.)

“Uncle John’s Band”—a tune pretty much everyone’s had jammed into their ears, if they’ve ever passed anywhere near a college campus—opens the proper album. Overexposure might be its only sin. And while “High Time’s” gentle guitar and fragile harmonies follow, a few songs on, one of the band’s most caustic and wry lyrics opens “New Speedway Boogie”: “Please don’t dominate the rap, Jack/ If you’ve got nothing new to say.” Bluesy rock stuff and folk excursions take up the rest of the disc, before “Casey Jones,” another tune dogged by its pervasiveness, closes things out.

A take of Janis Joplins’s “Me & Bobby McGee,” with Bob Weir on vocals, opens up the live material included on this anniversary set, which actually sidesteps some of the band’s most indulgent tendencies; there is a seven-minute version of “I’m A King Bee,” as well as 17 minutes of “Good Lovin’” a bit later on. In keeping with the roots feel on Workingman’s Dead, though, the band peppers its time on stage with “I Know You Rider” and the wobbly harmonies of “Cumberland Blues.”

With the sheer volume of live stuff from the Dead—especially dating to this era—the Capitol Theatre material comes off as a suitable and reasonable premise for nostalgia. But even as hearing Garcia and company a bit more clearly in the studio might be enticing, the bonus stuff here works mostly to mark the anniversary of a landmark turn in rock, roots music and psychedelia—not a momentous discovery.