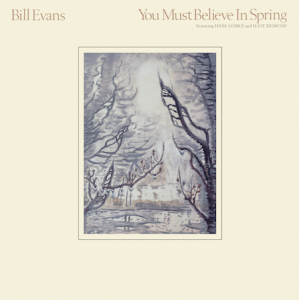 Well, like all of us, he was going to have to. And his life was, sadly, full of it. In 1973, his long-term girlfriend, Ellaine, committed suicide, following their breakup, by throwing herself in front of a subway train. He married soon after that. Then his brother, Harry, committed suicide as well. Evans divorced, succumbed to drug addiction and died at age 51.

Why focus on such matters? Well, because we’re reviewing one of the last albums he made before he died. Recorded in August 1977 and released after Evans passed in September 1980, the record is a master class in Evans’ touch and subtlety. Another thing Evans once said is, “I have a reason that I arrive at myself for every note I play.”

One would have known that without him saying it, merely by sitting him down at a piano. But it’s on full display here.

Evans is backed by bassist Eddie Gomez and drummer Eliot Zigmund in a classic piano trio format — as he long preferred. While his once-employer Miles Davis built out bands that reached a dozen people, Evans preferred to keep things small.

It works, though. The title track alone proves that. Evans lets everyone take solos with an immense amount of breathing room. Meanwhile, on “Gary’s Theme,” he displays the maturity of his playing. “The Peacocks” plays out so slowly that his right and left hands seem like different parts of the band. On “Sometime Age” he waits, to where it almost seems arrogant, for his rhythm section to come in before he starts playing the prettiest notes you’ve ever heard.

Still, though, he seems to be processing mortality. The beautifully meditative “B Minor Waltz (For Ellaine)” is about his ex. The quietly swinging “We Will Meet Again (For Harry)” is about his brother. Again, both suicides.

Which leads to the record’s biggest misstep. It ends with “The Theme From M*A*S*H (aka Suicide Is Painless).” Few realized at the time that the catchy melody coming out of their television sets was an instrumental version of a song from the original M*A*S*H film musing on the notion that suicide is painless, but Evans did. The problem is, he didn’t do much with it.

Regardless, this album is fantastic, and it’s too bad Evans was too driven to the depths of death — something he proclaimed he could not comprehend — to see its release. DB