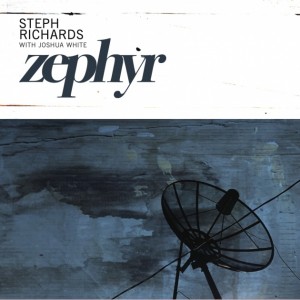 Avant-garde trumpeter, composer and bandleader Steph Richards has made it a priority throughout her career for her work to be seen on its own terms, rather than through the lens of her gender. But when she went into the studio to record Zephyr, her new album, in 2019, Richards was six-and-a-half months pregnant. This shaped the concise, visceral album both in concept and in practice, leading Richards to explore a more immediate connection between her body and her work.

Resonating water vessels? Richards has been refining the technique of playing her trumpet in water since 2008, and does so throughout Zephyr. “Anza,” named for her daughter, features a recording of the unborn child’s breath as Richards’ trumpet burbles, whisperingly, to her. A more startling example of the approach can be heard on “Amphitrite,” which means the goddess of the sea and sounds like someone manipulating a tub of water with an otherworldly straw.

On “Sacred Sea,” Richards ruminatively taps out single notes while White responds on prepared piano before Richards goes back underwater, her horn sounding like it’s drowning. The result is deeply affecting. But whether underwater or not, Richards’ playing is striking. On “Cicada,” she makes her horn winnow.

Richards may have sought to avoid letting her gender be the focus of how her music is seen and considered, but, in steering into it as a result of her at-the-time unborn daughter, she arrived at an approach, and an album, so strong and innovative that the end results settle any question.