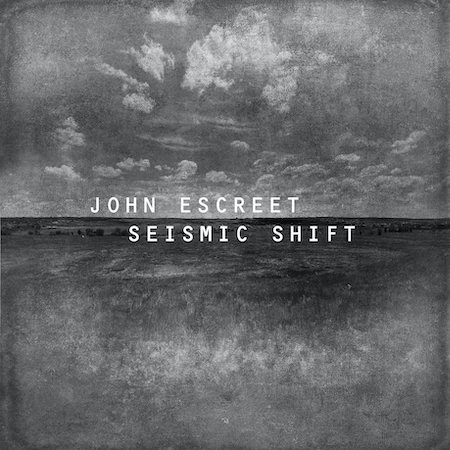 John Escreet is not shy as a composer or improviser. His piano playing slaps bold, bombastic and beautiful, as witnessed on Seismic Shift, his new recording on the Whirlwind label. Escreet’s pianism drips with power, as witnessed on “Study No. 1,” the opening number on the new recording. The tune is a tour de force shot from a cannon. He rips through clusters of notes, rapid-fire, and pounds the keyboard with an aggressiveness that commands attention. Bandmates Eric Revis on bass and Damion Reid on drums spur on a call-and-response group dynamic that takes the music “out” but still keeps everything in the groove. This agility and interplay between the three, on what is Escreet’s first-ever trio recording, makes the entirety of Seismic Shift a joyful, “hell, yeah” listen. The album’s intensity pulls you in even when Escreet turns the burner down a notch, as he does on “Equipoise,” with cascades of notes flowing under his fingertips in a most unusual manner. But the majority of the program delivers jazz as a boxing match packed with jabs, uppercuts and haymakers. Throughout the program, as on “Perpetual Love,” Escreet delivers jaw-dropping technique and dexterity. For example, the title cut presents a true “Seismic Shift.” The tune’s ominous intro features Reid dancing on the cymbals and Revis droning arco while Escreet twists a dystopian melody that builds, explores and explodes. Seismic, indeed. To read more about Escreet and this new project, check out the November issue of DownBeat, coming out soon! 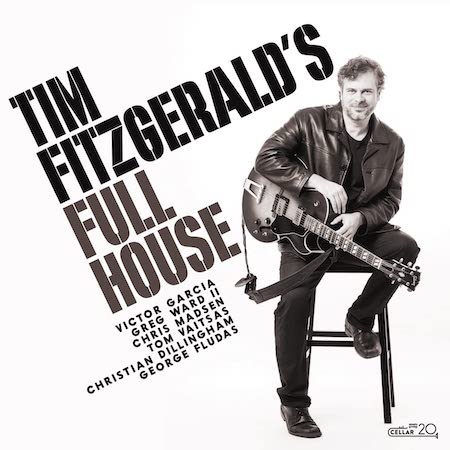 Several of Chicago’s most in-demand instrumentalists, improvisers and arrangers reside in Tim Fitzgerald’s Full House, a seven-year-old ensemble dedicated to interpreting and building upon the repertoire of Wes Montgomery (1923–’68). Long inspired by the DownBeat Hall of Fame guitarist and deeply conversant in the soul-stirring repertoire and smoothly stylized playing techniques the master innovated and popularized in the 1950s and ’60s, Fitzgerald is a Montgomery scholar and visionary who has long deserved wider recognition for his work. In 20-plus years of performing, bandleading, transcribing, researching and authoring, Fitzgerald has consistently shown a deep connection to and intimacy with the music of the jazz world’s smokin’-est self-taught guitarist. His septet’s eponymous debut (named for Montgomery’s hard-bopping 1962 live album Full House) uses Montgomery’s substantial and celebrated oeuvre as a jumping-off point for inventive adventures in bebop, swing, groovy smoothness, bluesy swagger and extended improvising. What makes this project truly remarkable, though, are the expertly voiced, rhythmically charged arrangements of Montgomery tunes that Fitzgerald and his bandmates bring to the party. Some of the more captivating moments on Tim Fitzgerald’s Full House occur when horn players Victor Garcia (trumpet), Greg Ward (alto) and Chris Madsen (tenor) join with the leader on extended soli passages into which Fitzgerald integrates Montgomery’s signature chord-melody playing technique. The resulting brass-and-guitar blend conjures up a complex timbre that’s as ear-catching as it is otherworldly sounding; it flares out at the listener with a wah-wah-like dynamic and subsides with a pleasing softness. Fitzgerald doesn’t emulate Montgomery’s playing per se, but the two guitarists have much in common: fleet-fingered dexterity, an affinity for rhythmically advanced material, total command of the harmonic elements inherent in straightahead jazz, impeccable touch on the fretboard, mastery of all things syncopated and a grounded reverence for the blues. Drummer George Fludas is a driving force throughout the program, never failing to generate sparks or sprinkle bits of sparkle and shimmer in just the right places. Pianist Tom Vaitsas and bassist Christian Dillingham round out this spectacular lineup, a deep well of talent and experience that Fitzgerald draws upon to sustain the type of feel-good flow that has given Montgomery’s contributions to the jazz canon such enduring appeal among jazz listeners and players alike. 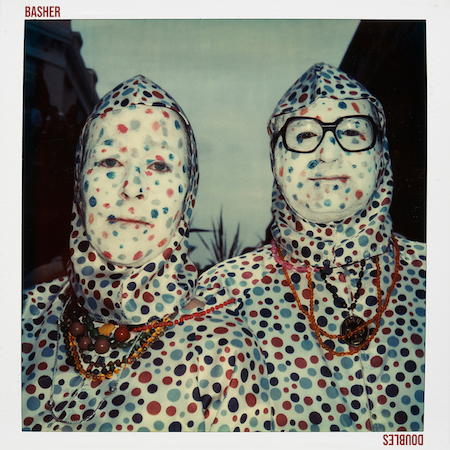 Doubles’ album title references the concept of duality and a popular Trinidadian street food. But, ultimately, it’s about the doubled instrumentation across the ensemble: two saxophones, two drum sets and two, or more, synths.

It’s the new album by New Orleans-based Basher, led by composer and saxophonist Byron Asher. In the band, he is joined by multi-instrumentalist and saxophonist Aurora Nealand, synthesist and pianist Daniel Meinecke, and a two-drum set Cajun percussion section made up of Lafayette, Louisiana-native Brad Webb and Lafayette, Louisiana-based Zach Rhea. Within their hometown creative music scene, they’ve became known as a “free-jazz party band.”

Does Basher live up to this? For the most part, yes. Early in the disc, “Primetime-A-Go-go” establishes a firm groove for its two sax men to spar over. “Claptrack Clapback” does the same, at a slower pace, before letting all the synths on hand really get worked out. “Ponchatoula” slows it down more, to the pace of a ballad — guess this really is a free-jazz party band, because a couple could slow dance to this — though the band admirably throws in a bright bridge and some synth squiggles to brighten the mood. The wildest excursion here is “Step Pyramid,” which starts with just handclaps and synths before essaying everything Basher can do over deeply felt organ chord changes that give way to the starting theme. The aptly named “Carnival 2019” slaps just as hard, even offering a drum breakdown with a synth assist that’s archly led back to the tune by the horn section.

But the band gets the most free on what might be called its interstitials. Short opener “Diana,” devoid of percussion but rammed full of expressive horns and synths, feels more like an excursion you’d zone out to than dance to. The same feels true of the almost sci-fi feeling “Artemis,” which quickly gets in and out the same way, as does “Bacchus,” with what sounds like a loudly idling car running through it.

The album is at its most fascinating when this element is allowed room to breathe on longer tracks. “Zephyr” is pure creeping dread — undeniably free. “Borealis” is just as stunning, opening with only Asher and Nealand’s saxes as a statement of purpose before the two set in on each other as the synths referee for what builds to a satisfying squall.

The closer, the ruminative “Refinery Skies,” sets the scene with a foreboding synth intro before walking in the horns, a little drums, then a bit more drums, a bit more horns, finally finding a peaceful place to end the disc.

Is it free-jazz? Is it a party? At times it’s one; at times it’s another. It’s definitely worth checking out. 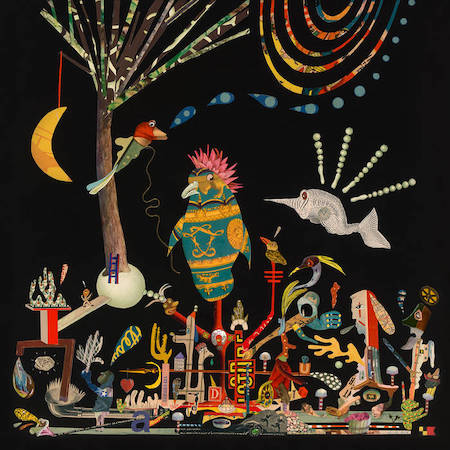 This five-piece band from Richmond, Virginia, has been making music for more than a decade now, but took a giant leap forward with critical raves and adoring new fans for its 2020 release #KingButch. Offering a blend of hip-hop and jazz, the band is part of a growing movement to expand or even blow up the definition of both genres. That theme continues with Triple Trey, where the core unit is joined by the R4ND4ZZO BIGB4ND, a side project for the group’s bassist and arranger, Andrew Randazzo. The result is an album of dance-worthy music that is both majestic and earthy. And there’s a reason for that. Much of the music for Triple Trey was written and released on BandCamp early in the group’s career. Now it’s rearranged with big-band punch, but it’s not your grandfather’s big band. “We wanted everything to slap a little harder, you know what I mean?” said Corey Fonville, the band’s drummer, in the October 2022 issue of DownBeat. “We’re the hip-hop generation, so you’re going to hear those influences just from the stuff that we listened to in the car, that we’ve grown up checking out.” Nowhere is that more apparent than on the band’s take on the Nortorious B.I.G’s “Unbelievable.” An ear worm from the drop, it hits with the repeated opening rhyme of “Biggie Smalls is the illest” rapped by Marcus “Tennishu” Tenney, the band’s vocalist — who is also a talented multi-instrumentalist playing saxophones and trumpet. The horn lines here are infectious and Fonville’s drum groove — unstoppable. “Unbelievable” and “Liquid Light,” featuring a killer saxophone break by Tenney, both appeared on #KingButch, but become revitalized with the backing of the big band. “Lawd Why” is another beautiful offering coming at the ears one part prayer, one part confessional, all wrapped up in a question that many ask daily: “Tell me lawd, please, tell me, please, lawd, why?” “777” is a master work in three parts with a lush intro featuring Tenney on trumpet this time. It delivers heart-and-soul personified. For the core of the tune, he switches to rapping about trouble, sure, but also something better. The outro offers a moment of ahh, or awe, with a beautiful big band arrangement that evokes a feeling of hope. Triple Trey is a beautiful recording front to back. Tenney, Fonville, Randazzo, DJ Harrison on keyboards and Morgan Burrs on guitar have a tight, thoughtful vibe to their art. Randazzo’s involvement in both the quintet and the big band makes the melding of the two seamless. It’s a project of great ambition from the RVA that merits multiple listens. 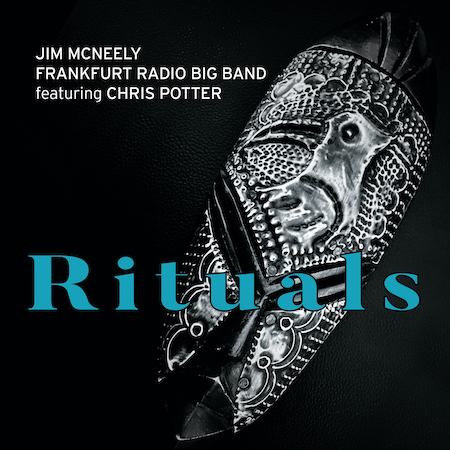