In the mid-1970s, jazz pianist Bill Evans was at the pinnacle of his career, releasing a string of seminal albums on the Fantasy label that would solidify his standing as one of jazz’s most nuanced and lyrical pianists.

The New Jersey-born Evans had been recording as a leader for 20 years, but his recordings from that era stand out, chief among them his powerful duo album with Tony Bennett and the stirring solo work Alone Together.

On March 24, Fantasy Records will again add to Evans’ impressive discography with the release of On Monday Evening, a never-before-issued recording of Evans and his trio—featuring bassist Eddie Gomez and drummer Eliot Zigmond—performing at the Madison Union Theater at the University of Wisconsin on Nov. 15, 1976.

Available in vinyl, compact disc and digital formats, the album will feature eight songs performed live in Madison and captured by two college-age DJs. Larry Goldberg and James Farber had interviewed Bill Evans for their college radio station, and Goldberg was able to use the station’s recording equipment to preserve the evening for posterity. The tracks have been remastered from the original analog tapes using the advanced technique of Plangent Processes for transfer and restoration. 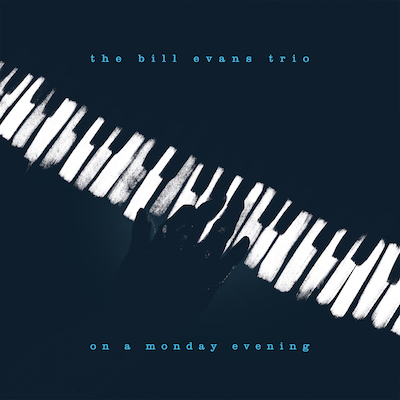 In the album’s liner notes, Grammy-Award-winning writer Ashley Kahn says, “The Evans/Gomez/Zigmund union last just two years—Gomez being the first to depart in ’77—yet it still stands as one of the pianist’s most distinctive and memorable groups. On A Monday Evening is a rare- high-fidelity snapshot of that association; as Zigmund points out, ‘There’s really nothing like that, a definitive live recording of that trio. so it’s great that there’s finally an official recording out that represents our live side.’”

Evans’ set list that evening included three originals: “Sugar Plum,” “Time Remembered” and “T.T.T. (Twelve Tone Tune),” along with “Up With The Lark,” “Someday My Prince Will Come,” “Minha (All Mine),” “All of You” and “Some Other Time.”

In bringing this new record to light, Fantasy hits upon the same artistic purpose that Evans brought to his own work. In a radio interview conducted then by Farber and Goldberg, Evans said, “I just require for my own pleasure that music somehow touch me somewhere along the line and use the musical language in a way that speaks to me in some really human terms.” DB