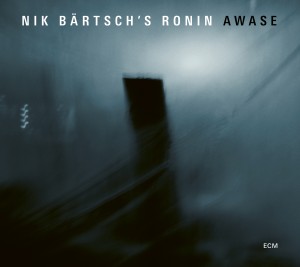 It’s been six years since the last release from Nick Bärtsch’s Ronin, but Awase is a welcome return to a familiar form.

Ronin belongs to a subset of groove merchants, like the Necks and Dawn of Midi, that move on instinct, rather than relying on riffs. The operating procedure for all three is group augmentation, not solo and variation, precisely repeating patterns over runs and flights of fancy.

Unlike the Necks, however, Ronin works from preconceived themes, and unlike both of those other bands, works with a leader. As such, the band has survived the loss of two members since its last release, Nik Bärtsch’s Ronin Live (ECM). That album marked the transition from bassist Björn Meyer to Thomy Jordi. The new disc also sees the departure of percussionist Andi Pupato, leaving it a trim piano quartet: subdued drums in the back; grounded four-string electric bass replacing the melodic six-string; and the leader commanding less of the spotlight than on past outings.

The album also sees a composition by someone other than Bärtsch for the first time on a Ronin record. The single-named reedist Sha’s “A” falls about midpoint, fitting snugly among Bärtsch’s pieces and demonstrating the strength of their groupthink. The album opens with the fleeting “Modul 60,” feeling like a prologue before the credits kick in. But once the story gets moving, it’s exhilarating.

From start to finish, it’s a compelling album, even if not something you’re likely to find yourself whistling while walking down the street.