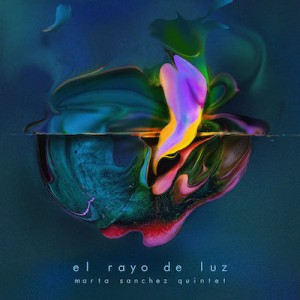 When pianist Marta Sánchez moved to New York in 2011, she already had become known as one of the most promising musicians in Spain. Since then she has started to amass an impressive catalog of original music, particularly with her quintet, built on wandering, polyphonic melodies rooted in the plangent beauty of the Spanish folk tradition.

Her compositions are lyrical and infectious and never overly mannered. They remind us that a great chamber-jazz composer can inject vitality into well-trodden influences (Guillermo Klein, Carla Bley, Andrés Segovia, Claude Debussy) if she roots them in her own history. Pretty soon, Sánchez might enjoy the kind of fandom in New York that she does in Madrid.

The folk quality in Sánchez’s music comes through in two ways: via her shapely melodies and the illusion of collective invention in her quintet’s sound. Since her first quintet record, Partenika (2015), the major story of this ensemble has been her ability to coalesce multiple lines—played on alto and tenor saxophone, and piano—into a purling stream. It’s not quite right to call this music singable, as if you’d be able to carry it home in your head, humming a single line back to yourself. But it feels like you ought to be.

On El Rayo De Luz, Román Filiú’s alto saxophone and Chris Cheek’s tenor trace the skyline of each composition: What each saxophonist plays tends to be rather simple, coming in longish tones, rather than zigzags or angular leaps. But their roles are so intertwined that it’s always hard to know who’s in the lead and who is the support. It’s as if Sánchez has invented a new form of hocketing.

Below the horns, the rhythm section spins a web of complexity. She plays counterintuitive patterns and twirling phrases with a lithe, gliding touch on the piano, adding an element of gentle agitation, sparring with Rick Rosato’s bass and Daniel Dor’s drums, ensuring that these tunes levitate even as they weave. (Her love for six- and nine-beat time signatures helps with that.)

On “Unchanged,” the album’s closer, each chord Sánchez plays sounds as if it were a few inches further off the ground than the last. As Cheek improvises a steady, smearing solo, half of what he invents seems like it could be the written-out melody of another song.

Filiú begins “Parmesano” with a stream of long, bending notes, sounding wistful and secretly pained. Cheek sprinkles a descending melody over him, and the rhythm section fills in with splashes of caution and apprehension. Later, with Dor’s rolling beat starting to resemble a bolero, Sánchez lays out for two full minutes. She only returns at the end, pulling things back to center with a sharp, short, piano-bass-drums coda. It’s a reminder that all of this lovely, loosely unspooled music began somewhere: in the fastidious province of her mind, as a notion of something that should be shared.