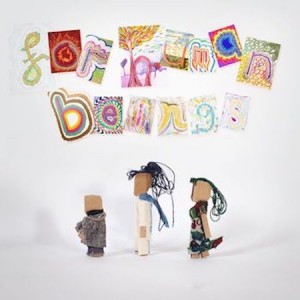 During the past couple years, flutist Elsa Nilsson’s recorded duo and quartet projects, while still finding time to write Between The Beats, a book on rhythms aimed at players of melodic instruments. South By North East, a collaborative trio, finds a way to fold in a bit of everything she’s explored in those previous endeavors.

“Forward,” the opening 31-minute track here, finds Nilsson distorting her flute and dashing across a steady, repetitive Bam Bam Rodríguez bass line and a wealth of 16th notes, provided by drummer Rodrigo Recabarren. At least three distinct movements take the ensemble through a contemporary version of bop, prog-indebted explorations and snatches of contemplative quiet. That introversion crops up again during “Within.” But “Perception” gets readily funky for a spell, a surprising turn given some of the rockist intent here. It also intimates that Nilsson and her cohort are as ready to shift gears as they are to discard genre considerations altogether.

The flutist is out front across the recording, making the band, at times, sound like a ’60s psych act as much as a batch of jazz adherents. A spate of recent recordings, though, should have hinted at such an expanse. Nilsson’s work on a duo album—After Us—with pianist Jon Cowherd could sate traditionalists. And while her Hindsight explored a rock-related vibe that’s also a part of for human beings’ DNA, it was less fully realized, stumbling in places. This latest effort, though, exerts Nilsson’s mercurial skills as a musical marauder with as many interests as skills to deploy her ideas.