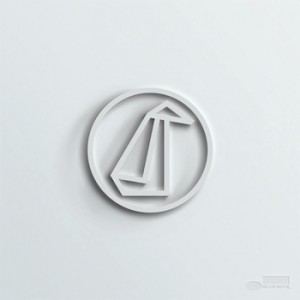 Chris Illingworth’s lonely piano opens this affair, joined by the sound of rain and eventually distant children. And the chilling bleakness that kicks off GoGo Penguin’s latest album remains the center of attention for all 10 tracks.

More often than not, the U.K. trio sounds like a documentary soundtrack: It’s propulsive, yet rarely commanding of complete attention. But that doesn’t mean the band isn’t working hard. “Signal In The Noise,” perhaps the most purely acoustic effort here, sizzles and floats as bassist Nick Blacka injects humanity and a sense of control amid his careening bandmates. “F Maj Pixie,” a title hinting at the nerdistry at work, is the closest the album gets to a pop sound. There are melodic snippets from the echoey piano, and Illingworth even throws out some rapid-fire notes before laying out, a break in the perpetual sound. Of course, his left hand is still typing out a strict rhythm; space feels like the enemy here. The dramatic builds on “Kora” and “Totem” find drummer Rob Turner giving it his all, though Illingworth’s minimalist repetition grows tiresome. If there is a place for a remix here, it would be to strip away everything but the drums. That’s where the meat and the variety lies. This album is jazz, but without swing, without solos, without dissonance and without much conflict.