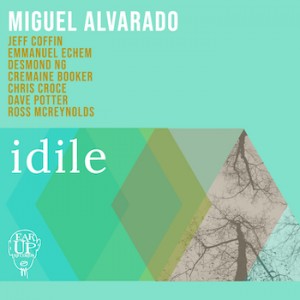 During our pandemic year, it’s the one-man band who will have the best parties. From his Nashville studio, Miguel Alvarado plays more than a dozen instruments on Idile, presenting a meticulous series of mostly original tunes that bounce among a few too many musical ideas.

“Taino” opens the album, blasting off with clattering drums and shouts—even some crickets. It’s the sound of humans en masse. The drums lock in with complex polymeters and an even more challenging unison horn line—saxophones, a muted trumpet, an EWI. Most of the surprisingly loose tracks have an organic live band at their core, but the liveliest of the bunch seem amplified by multiple, layered contributions from Alvarado. “10101101,” though, feels sliced from another project. The ethereal vibe, heightened by oscillating keyboards, spirals into the atmosphere, distant from the overall tone of the album. Other times, things get a little too sappy: “Lagrimas Negras” features fine flute work from Alvarado, but seems cloying with the addition of strings. “Ping Pong,” the closer, could trick a few lovers onto the dancefloor, but they’d break their hips on Alvarado’s jagged horn lines.