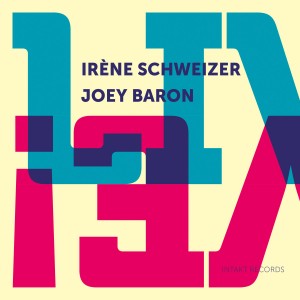 Pianist Irène Schweizer has a lustrous and historically deep approach to the piano, informed by her early study of boogie-woogie and stride, and eshed out through the exploration of other traditions: Romanticism, Impressionism, bebop and free improvisation. They’ve all informed her way of playing in duo configurations with drummers, which she’s done alongside Han Bennink, Louis Moholo Moholo, Pierre Favre and Andrew Cyrille.

Live!, her first album with the illustrious drummer Joey Baron, collects seven freely roaming tunes—and there’s not a dull moment. On “String Fever,” Schweizer plays inside the piano, clacking the instrument’s frame and dampening strings as she plucks them; Baron responds with thick clouds, drawn by strokes along the edges of his cymbals. On “Saturdays,” he uses mallets against the toms to similar effect. This time Schweizer follows him, letting the light of her minor harmonies and suspended chords become subsumed under the shadow of his drums.

Abdullah Ibrahim’s influence flickers up at various points, particularly when Schweizer plays loping cycles of major chords or, as on “Blues For Crelier,” warm little phrases of traveling two-note harmony in the right hand. Other times, as on “Jungle Beats II,” it’s Cecil Taylor who looms as Schweizer lets some of her natural cogency spread out and wander. Like Taylor, she can achieve a remarkable indepen- dence between her left and right hands in the course of a free improvisation, each projecting a crisp and full-bodied sound, full of rich and bluesy ardor.