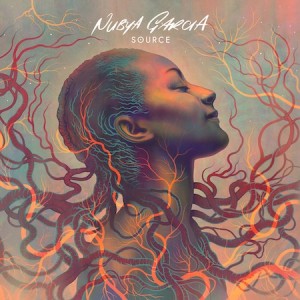 Back in 2016, something was brewing in London. Free-to-attend workshops offered by organizations like Tomorrow’s Warriors and Kinetika Bloco had been schooling kids in the art of improvisation each weekend for a decade. Student musicians were getting to be old enough to start putting on their own shows, and by extension draw in a new, young crowd to what previously had been seen as an inaccessible, chin-stroking traditionalist’s genre. At the forefront of this nascent, multicultural movement was one young saxophonist with a keening sound, a soulful fluidity backed by a percussive bite.

This was Nubya Garcia.

Garcia established herself as a key member in many of the collectives that were springing up around the English capital, playing off a blend of Afro-Carribean soundsystem culture and off-the-cuff takes on standards. You could hear her pulsing tenor saxophone in the ensemble Nérija, drummer Jake Long’s band Maisha and tuba player Theon Cross’ trio.

While each of these groups was busy putting out its own albums, in 2017 Garcia released her debut solo EP, Nubya’s 5ive (Jazz re:freshed), and the following year saw another take on her brand of upbeat, driving jazz with the 12-inch When We Are (Nyasha). Now, signed under the weighty lineage of Concord Jazz, she’s issuing her long-awaited debut, Source.

To those familiar with Garcia’s work, Source will be an unsurprising listen. Collaborating with her longtime band of keyboardist Joe Armon-Jones, bassist Daniel Casimir and drummer Sam Jones, the album’s nine tracks play as a thematic continuation of her previous dancefloor-primed EPs.

Numbers like “The Message Continues” and album opener “Pace” pair a neo-soul-influenced hook—one that would slot perfectly onto a Roy Hargrove recording—with Garcia’s deft, rhythmic soloing and Jones and Casimir’s locked-in, intricate grooves. And tracks like “Stand With Each Other” and “La Cumbia Me Esta Llamando”—with Garcia’s Afrobeat and cumbia-influenced melodies—seem of a piece with the staccato, cross-cultural style of fellow London-based saxophonist Shabaka Hutchings.

There’s also gesturing toward a wider, spiritual message at play in the meandering lassitude of these compositions, and in the infectious ensemble piece “Before Us In Demerara & Caura,” as well as the trip-hopping “Boundless Beings.” Yet, Garcia holds back just short of delivering the intensity we know she’s capable of achieving during live performances. It ultimately makes for a tantalizing listen, but one that would be enhanced by the bandleader’s confidence to fully cut loose and elevate her ensemble along the way.

Therein lies the key to pushing this now well-established London scene further into a truly individual moment of unfiltered and radical expression. Until then, Source is simply a satisfying debut.