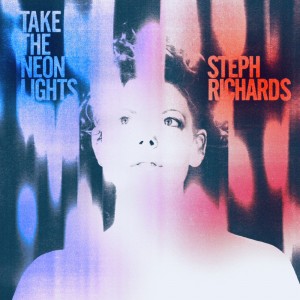 As trumpeter Steph Richards dives, squeaks and curls through Take The Neon Lights, the young bandleader’s center of gravity always lies just beneath the rest of the band. It’s as if they’re leaning on her, not the other way around. And Richards shows a more basic kind of command: Her trumpet playing—which can run from pure melody to buttery, fluttering abstraction—always feels direct and guttural. And it’s as tonally varied as linguistic speech, something that’s difficult to say about many horn players.

Richards is the latest figure of note in a field of young, avant-garde trumpeters that includes Peter Evans, Jaimie Branch and Nate Wooley. Her sophomore album, Take The Neon Lights, was written as a kind of restlessly ambivalent homage to New York—its human beauty, its physical crumminess—with the eight tracks all pulling their titles from poetry by the likes of Maya Angelou and Langston Hughes.

At times, it’s hard to believe that Richards used no effects or overdubs in making the record. On “Brooklyn Machine,” a slow but tightly wound piece full of shifts in time and texture, James Carney plunks on a prepared piano as Richards toggles between two tones on the trumpet. By removing one of her valve slides, she’s allowed herself to play some notes through the open pipe and others through the bell of the horn, which she’s plugged with a Harmon mute. As she plays the tune’s main theme, the little twirl of melody seems less important than the rhythmic dance she’s executing: playing one note two different ways in a ricocheting conversation with herself.