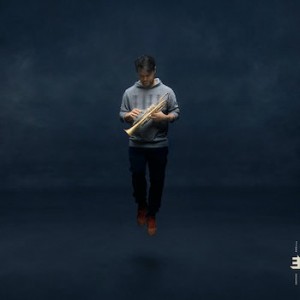 There’s a lot about Finnish trumpeter Verneri Pohjola that sounds familiar. The way his breathy tone skips across a trancelike groove, cushioned by the airy ambience of synth chords, will put some listeners in mind of Jon Hassell, and the way he works scales into serpentine swirls of melody might bring Ibrahim Maalouf to mind. And then there are times when Pohjola digs into the lower register and makes the most of his slow-spreading vibrato: It’s hard not to think of the vocalized beauty of Ambrose Akinmusire’s sound.

Yet for all of that, there’s nothing secondhand about The Dead Don’t Dream, Pohjola’s latest album as a leader. Some of that has to do with the expressive range of his trumpet tone, which doesn’t just rely on shifting dynamics to shape a phrase, but frequently changes timbre, moving from bright to breathy without significant loss of tonal color. It’s the sort of trick pop singers use, not trumpeters, and it adds tremendously to the narrative feel of tracks like the gorgeously mournful title tune.

But the other thing that makes The Dead Don’t Dream a journey worth taking is that Pohjola is only part of the show. However much he’s the dominant voice here, there’s a strong sense of ensemble music, something that makes each part seem like an act of orchestration. “Voices Heard,” for instance, is built around a darkly tolling progression of piano chords that seem to emerge almost out of a mist behind Pohjola’s trumpet. The music is relentless in its ongoing momentum—but never simplistic, because bassist Antti Lötjönen and drummer Mika Kallio don’t simply support the progression, they add color and rhythmic tension, while keyboardist Tuomo Prättälä puts as much weight on texture as harmony.

As with previous albums, Pohjola and company are more than happy to work with trance-y, synth grooves. But the pulse is merely foundational. What matters more is what they build on top of it: the snake-charmer trumpet lines Pohjola places over the busy bass ostinato of “Monograph” or the ghostlike chords Prättälä uses to cushion the restless thump of “Suspended.” The brightest moment, however, comes on “Wilder Brother,” when they swap the techno-trickery for an engaging swirl of polyrhythms, as Lötjönen and Kallio dance around the pulse beneath airy solos by Prättälä and guest saxophonist Pauli Lyytinen.