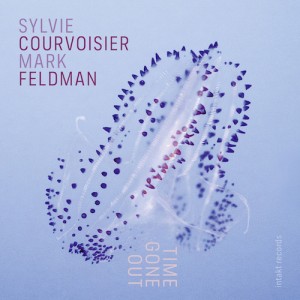 When Sylvie Courvoisier plays with Mark Feldman, the fleeting dances with the eternal. Courvoisier’s piano and Feldman’s violin tend to have such a startling, physical confidence that the pair seems to be playing from memory, even when they’re improvising. Conversely, phrases that feel loose, atonal and free suddenly become airtight duets, proving that they’ve been mapped out.

There’s little of the scattered, spinning-in-the-mud aesthetic that characterizes so many avant-garde improvisers. Instead, Courvoisier and Feldman bring the upright and sharp execution of Western concert music to their free improvisations. In Feldman’s deep, scooping bow strokes and Courvoisier’s crisply sculpted harmonies, there’s a happy balance between forthright clarity and sensuous depth. What’s really being made up on the spot feels somehow permanent, lapidary, implacable.

It’s this balance between chance and stability that answers the question, “Why listen?”—one that a lot of virtuoso improvisers don’t seem too worried about addressing. As far and as freely as they travel, as acrid and bent as their lines might be, the pair pulls a lot of warm, resonant power out of every note. On pieces like the 20-minute title track—with passages of darting crossfire between Courvoisier and Feldman, then a lulling segment in a minor key—they’re explaining something about the myths of planning and the myths of freedom. They’re giving you a way to feel comfortable in something unfixed and uncertain. Time Gone Out is an album of mystery and insecurity, but one of great, healing comfort, too.

Time Gone Out: Homesick For Another World; Éclats For Ornette; Limits Of The Useful; Blindspot; Time Gone Out; Cryptoporticus; Not A Song, Other Songs; Blue Pearl. (56:31)
Personnel: Sylvie Courvoisier, piano; Mark Feldman, violin.