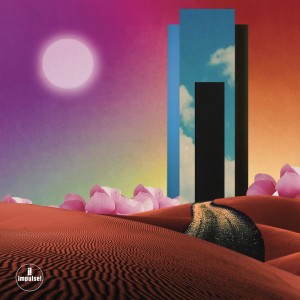 The Comet Is Coming

Alter egos herald this trio’s astro- and Afro-futurist vibe: Saxophonist Shabaka Hutchings is “King Shabaka,” synthesist Dan Leavers is “Danalogue” and drummer Max Hallett is “Betamax.” Space is their place, tomorrow is their question and music is their weapon. Theirs is a utopian vision of raw musical energy, transporting humanity to an interstellar realm where, as the trio’s mission states, “all notions of political, social and economic hierarchy will be at once obliterated and transcended.”

A follow-up to the trio’s 2016 Mercury Prize-nominated Channel The Spirits (The Leaf Label), Trust In The Lifeforce Of The Deep Mystery actually traces to an earthbound, brick-and-mortar spot even Google Maps can find: London’s Total Refreshment Centre, the venue and studio space at the heart of the city’s new-breed jazz scene. The album was recorded at the performance space, where the aesthetic is less about interpreting traditional American jazz and more about improvising with electronic music, hip-hop, Caribbean music and hard rock, whirling the music and crowd into hypnotic trance and ecstatic dance.

Figuring heavily here is Danalogue’s preference for vintage synths, like the Roland Jupiter 4 and Juno-60, and Betamax’s inclination for the Drumfire analog drum synth and Ensoniq Performance Sampler, which can make the trio’s most futurist soundscapes feel decades old. On “Birth Of Creation,” Hutchings’ bass clarinet stands out like a tree in a haunted electronics graveyard. Alternately, on “Blood Of The Past,” spoken-word artist Kate Tempest is fiery and dystopian over a what could be a soundtrack for a video game centered on intergalactic warfare. They don’t shy from chaos and doom: Ruin will give rise to a new day, according to another song title, “Because The End Is Really The Beginning.”

The Comet Is Coming functions as a collective—Leavers and Hallett produced, and all three musicians share composing credits—but Hutchings’ charisma powers much of this mothership. As in his other groups, Sons Of Kemet and Shabaka & The Ancestors, Hutchings’ professed saxophone aim here is to spit out fire. And the reedist’s playing on “Summon The Fire” might invoke antecedents like his Impulse! labelmates Pharoah Sanders, Archie Shepp and Albert Ayler; it relies equally on his Barbados tweenhood habit of practicing clarinet along with Nas, Biggie and Tupac on the radio, charging up their flows with local Carnival rhythms. No wonder Hutchings identifies so closely with Sun Ra’s cosmic vision—in any lineage-obsessed jazz orthodoxy, Hutchings is at least half alien.

Appreciating this album might mean dropping some timeworn distinctions for a “both/and” mindset: The Comet Is Coming is derivative and original, ludicrous and serious, creative and destructive, jazz and something else. The album’s closing track, “The Universe Wakes Up,” begins in the galaxy of Joe Zawinul’s “In A Silent Way,” then goes on to treat that familiar sound as another dying star. Rise, burn and shine.