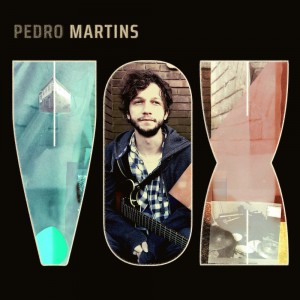 Brazilian musician Pedro Martins is 25 years old, but his sound emanates from somewhere much further back. Hailed by label boss Kurt Rosenwinkel in 2015 as the next big thing at the Montreux Jazz Festival, here Martins bends genres and strings into a curious force of jazz and new-age soul, featuring bouts of indigenous Brazilian percussion and modern electro-pop.

“Esqueça” has a broad appeal, Martins’ warbling, multitracked vocals evoking indie band Grizzly Bear with moody shifts and a tasteful application of strings. Martins’ melodies sometimes are a hard follow, twisting and turning off the beat and into clever crevices that resolve in unexpected ways. His music closely evokes the work of another under-appreciated Brazilian musician, Arthur Verocai. Maybe it’s the Portuguese. Maybe it’s the almost-disco vibrations that surface from time to time.

Though Martins recorded most of the instruments on the album himself, he’s joined by a few notable musicians, including saxophonist Chris Potter on “Faces” and pianist Brad Mehldau, who crops up on “Origem,” jolting across the keyboard, unmistakable in prowess and confidence. A welcome addition.