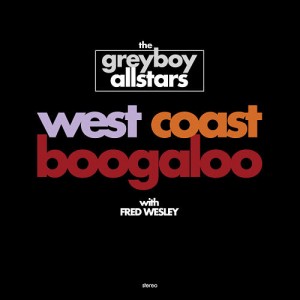 (Light In The Attic)

Initially formed as a group to accompany DJ Greyboy, the ensemble worked out its funk bona fides on a 1994 debut—West Coast Boogaloo, which is set to be reissued on Aug. 7—before band members went on to tour with The Rolling Stones and helm individual acts, sporadically getting back together and releasing new recordings.

The West Coast Boogaloo reissue sets up the band as a catchall for styles ranging from jazz to funk, soul and boogaloo, with a new album—Como De Allstars, released in July—extending the format.

But for the band’s debut, James Brown’s chosen trombonist, Fred Wesley, burnished the troupe’s already steely skills on several tracks. “Soul Dream,” written by saxophonist Karl Denson, opens with layered flute, sax and trombone in an airy fanfare that quickly gives way to languid washes of keys and drums as persistent as uncertainty in our daily lives has become. If there’s anthemic material anywhere, it’s here. Add in Wesley’s generous solo flourish and it’s tough to find contemporary analogues that so effortlessly embrace historical groove and the feeling that something new’s happening.

Setting an interpretation of Kool & The Gang’s “Let The Music Take Your Mind” alongside versions of Rusty Bryant’s “Fire-Eater” and “Miss Riverside,” which Sonny Sitt recorded in 1971, collapse the divisions thought to exist among groove music. While the Allstars’ updates sand away some fractious of-the-moment blemishes of the originals, nothing comes off as lacking depth of feeling. It’s a testament to not just the power and cohesion of the material assembled here, but to the sheer exuberance the right combination of instrumentalists and time can summon.