This year’s Jacksonville Jazz Festival, newly centralized in the downtown area, marked a welcome reset for the annual, free Memorial Day weekend event, which ran May 25–28 The city’s attempts to reinvigorate the Northern Florida fest—led by Dave Harrell, of the city’s Sports and Entertainment office—now locate the festival at four stages, positively reflecting Harrell’s influence on improved booking and rebranding.

This year’s estimated crowd of 100,000 enjoyed a surprisingly rich collection of 40 acts, with jazz headliners Chick Corea and Gregory Porter interspersed with r&b stars The Commodores and local groups. A 14-year-old pianist, Esteban Castro, was the surprise winner of the yearly piano competition the Thursday night before the fest.

The sharpest new talent was introduced to the convivial Friday evening listeners in their camping chairs: the masterful 26-year-old Jazzmeia Horn, with her Sarah Vaughan- and gospel-influenced singing. Touring to support her breathtaking new album on Prestige, A Social Call, Horn was expertly backed by Joshua Bowlus on piano, Barry Stephenson on bass and John Lumpkin II on drums.
Horn had traveled alone with her five-month-old and two-year-old daughters, and she spoke of her day’s experience with a rude passenger on the flight, and how she had told the man that “sometimes in life we just are uncomfortable,” perhaps in a nod to the band’s enduring the 95-degree heat. Horn’s “Lift Every Voice/Moanin’” was a telling display of her range, history and interests in both spirituals and bebop.

Over at the main stage on Hemming Park, Freddy Cole’s Quartet also heroically endured the heat beneath the live oaks without a complaint. That stage location was the most pleasant, ringed by the elevated Skyway train station and city hall, with the scents of the nearby food trucks on the slight breeze. Two more well-appreciated vocal acts followed Cole onstage: Jane Monheit, and the irresistible Blind Boys of Alabama. In a region of so many gospel fans, future booking of national gospel groups presumably would make sense for the fest.

Saturday morning’s music clinics took place at the nearby Ritz Theater, given by guitarist Eric Carter, Cuban conservatory-trained percussionist Elio Piedra and Horn. Piedra, now based in nearby Gainesville, Florida, gave a powerful illustration of a double clave beat, in 4/4 and 2/2 simultaneously.

Horn offered a master class on articulation and scat to the rapt group of young musicians, and reminded the singers that a vocalist’s “purpose and responsibility is to tell the story,” and that “your story needs to match the composer’s intentions.” Horn warned to “only channel your past wounds through your art if you’ve healed” from those wounds. Her young daughters arrived at the end of the clinic, a charming way to conclude the day’s lesson. 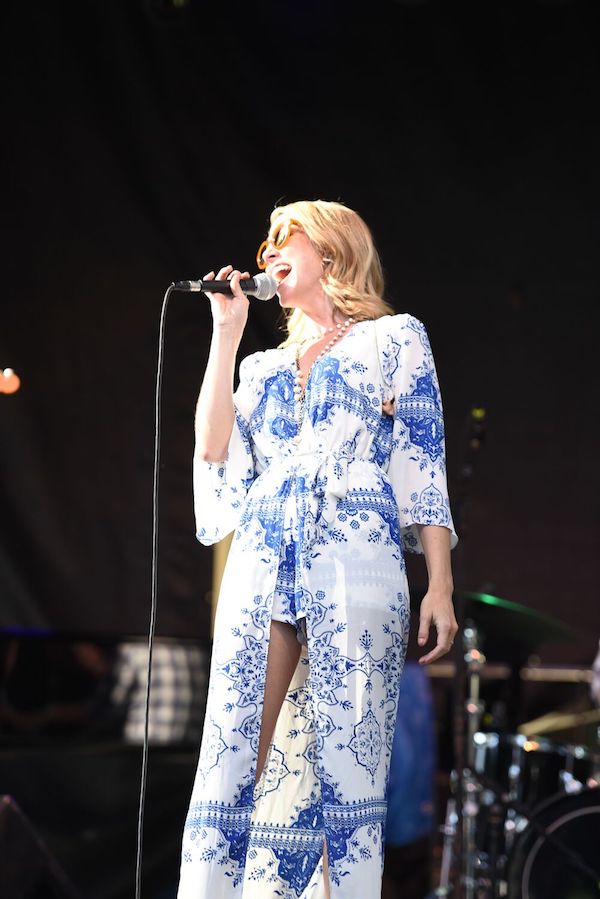 Porter’s get-under-your-skin baritone and social commentary were eye-openers for many local listeners who seemed unaware of his hits, but certainly took notice of his “Be Good,” “Young Man,” and “On My Way To Harlem.” West Coast bop saxist Kamasi Washington followed Porter, as the evening finally began to cool. 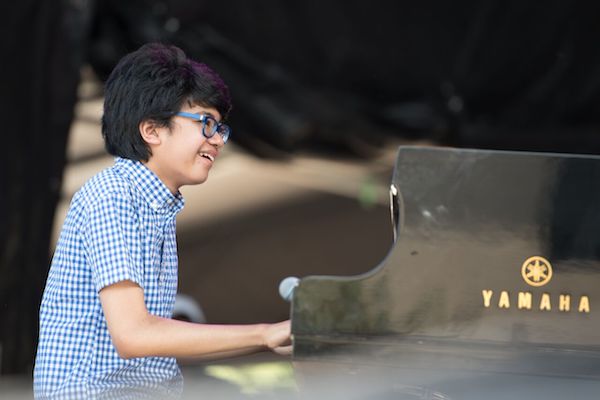 The standouts of Sunday’s acts came in a succession with piano prodigy Joey Alexander’s trio, followed by Corea’s own three-piece and finally r&b legends The Commodores. Such lineups in the future of the Jax festival would be a nice regional spring addition to the larger New Orleans Jazz and French Quarter Fests, but with much more intimate crowds. DB