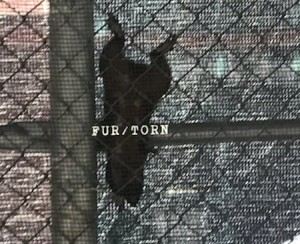 Guitarist David Torn has worked at the edges of the jazz genre for more than 30 years, moving from his synth-indebted Cloud About Mercury on ECM to more recent works with rock act Sonar and reedist Tim Berne, whose Screwgun imprint issued Fur/Torn. The album continues a solo approach Torn cultivated on works like Tripping ꞉ Over ꞉ God, a 1995 recording. But on this latest effort, he’s stripped away everything other than his guitar and almost overwhelming waves of distortion.

A loop pulses behind “lone rider, open plains” as Torn ricochets lines against it, turning the whole undertaking into an unceasing breaker of sound, while a tacit blues feeling swells for a moment on “they were then, now & again.” This is a contemplative music—both for the performer and listener. Deriving some sort of nefarious meaning from all of these dark reverberations would be easy to do, given the moment we’re living in. And while Fur/Torn is inexorably heavy and difficult to parse—though “someday find a waltz” engages a sunnier disposition through delicately plucked progressions—it’s comforting to take in through headphones, knowing that the music must have worked as some sort of catharsis for Torn, even if it was recorded prior to the world convulsing with seemingly endless chaos.