If visiting Festival International de Jazz de Montreal on July 3, a King Crimson fan would have needed to set aside over three hours of their time to witness the English progressive rock band’s expansive concert at Place des Arts, right at the bustling heart of this most gargantuan of jazz festivals. As ever, this is an 11-day stretch that requires great stamina, highly populated as it is with free open-air shows, prestigious artist concerts and a bewildering array of medium-sized club gigs. This is the part of Montreal where many of the city’s finest venues are clustered, facilitating an easy walkabout from show to show.

King Crimson offered their full-length set, following an edited (though tremendous) version at the Rochester International Jazz Festival three days earlier. This time there was an intermission, as well as an extended encore.

Guitarist, founder and conceptual director Robert Fripp is in the midst of a profoundly successful artistic period since Crimson resumed in 2013. This latest octet incarnation continues the multi-drummer concept, with the three sticksmen arranged along the front of the stage, the rest of the players on a riser to the rear. Fripp himself sat beside a substantial rack of gear, occasionally swiveling around to trigger Mellotron parts on his small keyboard. There was particular attention paid to 1974’s Red album, but later works “Indiscipline” and “Level Five” provided the heaviest riffage.

Fripp applied talcum powder to his fingers, all the better to control his intricate and spidery guitar work. When not playing, he sat with his hands in a primed-for-action position, hovering just a few inches away from his axe.

Even though Fripp is the leader, his colleagues are given a good amount of leeway for contributing fresh improvisatory ideas. Even the oldest numbers in the Crimson repertoire are allowed to gradually evolve, and the ensemble sound is mostly devoted to the needs of the material, with guitar and horn solos mostly interwoven with the riffing complexities, and drum solos mainly existing within the ongoing framework of a song.

It’s a huge, organic edifice of rock, jazz, ballads and post-classical minerals, compacted into the unique Crimson combination. This is the most cerebrally rocking music on the planet, with Van Der Graaf Generator still being the closest spiritual companions. 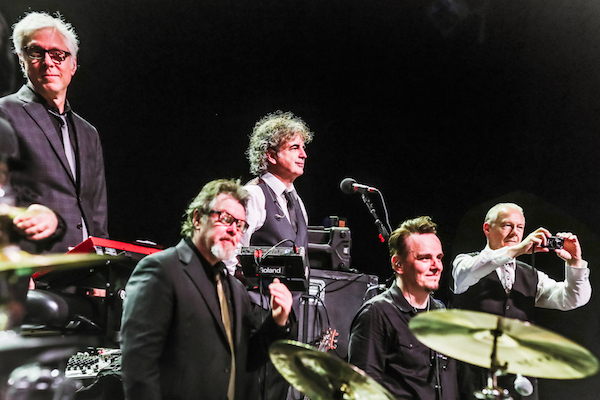 In complete contrast, the Montreal singer Betty Bonifassi played the TD Stage, the festival’s biggest outdoor location. She presented her recent Lomax project, reconfiguring songs from over a century ago, and giving them a hardened blues-rock existence.

Bonifassi is a restless character with an individual and highly expressive body language, stalking the stage in a manner not dissimilar from Nick Cave, growling and howling beside a massed six-piece backing vocal chorus. This certainly helps in the recalling of the gospel and blues nature of this material, much of which has arisen from the old African-American slave, work and prison song traditions, as researched by Alan Lomax. Another more recent sonic comparison could be made with the work of drummer Jaimeo Brown, and his exploration and extension of this vintage songbook.

Bonifassi’s guitarist provided copious howling outbreaks, with a pair of standout songs being “Black Woman” and “Black Betty,” during which the backing singers clapped with abandonment and her keyboardist extruded Moog-style bass patterns. (The keyboards often provided an unearthly element to these otherwise rootsy stomps.) Bonifassi frequently thrashed a chain against an amplified wooden box, recognizing and emphasizing the bondage endured by the original singers of these songs.

The “discovery” of this festival was Coyote Bill, a horn-loaded local combo who specialized in fusing parts of funk, avant jazz, hip-hop, Afrobeat and New Orleans parade music. They played a pair of midnight sets at Savoy du Métropolis, a somewhat dingy old theater with a spectacularly fine-tuned sound system. 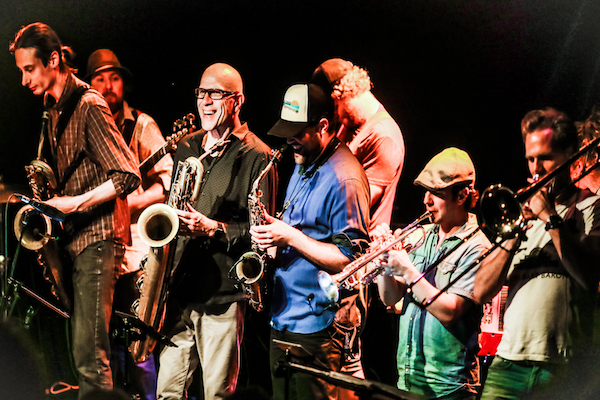 Every part of this collective was impressive, as they bonded a cutting clutch of players into a funk machine of the highest order. The Coyote drummer kept up a razoring beat for the entire duration of what turned out to be a two-hour set. Perhaps the last 20 minutes slackened slightly, but this might just have been because we were hitting the post-2 a.m. mark. The Coyote keyboardist inserted some extreme sounds and textures, emphasizing the band’s tendency to subvert known genres with bouts of avant extremity, with the twinned baritone saxophones also prone to barking, honking, squealing and throttling outbursts.

This is the typical diversity of the Montreal Jazz Fest, where a night in the glitzy Place des Arts can end up on the streets outside, and finally rolling down into the heaving haunt of the after-hours Savoy, where Coyote Bill just wouldn’t let up on the funk. DB