One of the many pleasures of a jazz festival is the parade of rhythm sections, and the first four days of this year’s sparkling, swinging PDX Jazz Festival in Portland, Oregon, made that case in spades. Though the spotlight rightfully shined on Kurt Elling, Branford Marsalis, the Heath Brothers, The Cookers and Kneebody, it was their respective drummers—Justin Faulkner, Tootie Heath, Billy Hart, and Nate Wood—that left listeners with indelible memories during the Feb. 16–26 event.

Despite a piano with a couple of badly tuned keys and an initial buzz in the Newmark Theatre sound system, Elling and Marsalis, whose captivating collaboration Upward Spiral (Okeh/Marsalis Music) was nominated for a Grammy, showed that the Marsalis quartet has thoroughly integrated vocalist Elling into the band as a fifth instrumentalist. That ensemble cohesion was made possible in part by Faulkner, who conjured up a storm of crackling chatter, both as a support player and as a soloist, exploding on Oscar Brown’s insouciant “Long As You’re Living.”

Elling blended so seamlessly with Marsalis on “Blue Gardenias,” that they sounded like two vocalists. He nailed Sting’s amusingly self-deprecating marriage proposal, “Practical Arrangement,” and sent the crowd to the moon with the soaring, transcendent finale, “The Return (Upward Spiral).”

Faulkner is 26, so you’d expect him to be energetic. But how do you explain Tootie Heath, who turns 82 this year? On hand at the Newmark with his 90-year-old saxophone-playing sibling, Jimmy, the venerable South Philly drummer thrilled the crowd, hovering over his kit as he slapped out a shuffle rhythm under pianist Jeb Patton and bounced playfully under Jimmy’s classic “Gingerbread Boy.”

At 76, Billy Hart is no youngster either, but he built a demonic, polyrhythmic fire under The Cookers at the black box Winningstad Theatre, lifting bassist Cecil McBee to a dramatic climax on McBee’s “Peacemaker,” providing clipped, staccato backup for Billy Harper’s clever “Croquet Ballet” and exploring two themes—one rolling, one telegraphic—on a long solo on Freddie Hubbard’s “The Core.” A festival highlight, this ’60s-focused septet organized by trumpeter David Weiss also showcased the burnished tone and crisp ideas of trumpeter Eddie Henderson, who offered dazzling cadenza at the end of Harper’s “If One Could Only See.”

Earlier at the Winningstad, the lack of a band member—Kneebody bassist Kaveh Rastegar was on the road with John Legend—resulted in a happy accident: Drummer Nate Wood hammering on the fretboard of an electric bass with one hand and applying a drumstick to his kit with the other. He was occasionally relieved by Adam Benjamin, who dredged up enormous, EDM-like bass rumbles from his keyboard. The electro-jazz quintet was particularly compelling on the agitated “Jurickson Profar” and the galactic “Unforeseen Influences,” both by Benjamin, though trumpeter Shane Endsley’s “Nerd Mountain” had a wonky flare as well.

Kneebody’s engulfing electronics, hard rock drive and brisk horn lines have struck a chord with a young audience, as has the audacious bassist/vocalist Thundercat, who played a late set at the Wonder Ballroom for a packed house of standing fans. Thundercat (born Stephen Bruner) whose work with Kendrick Lamar has amped up his profile, delivered his signature, sensuous mix of high, tender vocals floating over bone-crushing, fast-fingered bass. But muddy amplification obscured most of his lyrics, a situation echoed visually by a heavy swirl of stage smoke. 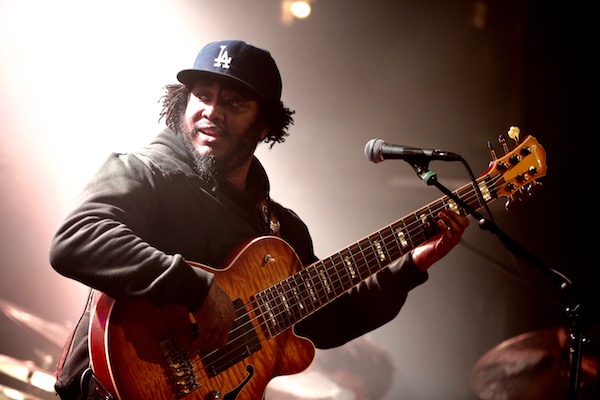 Fans of Thundercat might have enjoyed James “Blood” Ulmer at the Winningstad, but the self-described “harmolodic blues preacher,” now 77, mostly drew folks who had tuned in to his once-again relevant question, “Are You Glad to Be in America?” back in 1980. Looking dapper in kufi cap and white sport coat, Ulmer delivered his hour-plus set seated with his Gibson guitar and leafing through a songbook. Eschewing a firm pulse in favor of a breathing time feel, Ulmer sang of the devil and women and dogs and the moon in a delta-steeped John Lee Hooker-like drone. The classic “Rock Me, Baby” was a highlight.

In addition to outliers like Ulmer and mainstream veterans like Heath and The Cookers, PDX also pulled off a coup, presenting the Maria Schneider Orchestra for the first time in Portland. Schneider’s warm, colorfully quilted set was exquisite, drawing not only from her recent album of masterful impressions of the Minnesota landscape, The Thompson Fields, but from her whole oeuvre, including the flamenco-tinged “El Viento,” the lightly swinging “Gumba Blue,” the church-like “Home” and the swirling “Coming About.” 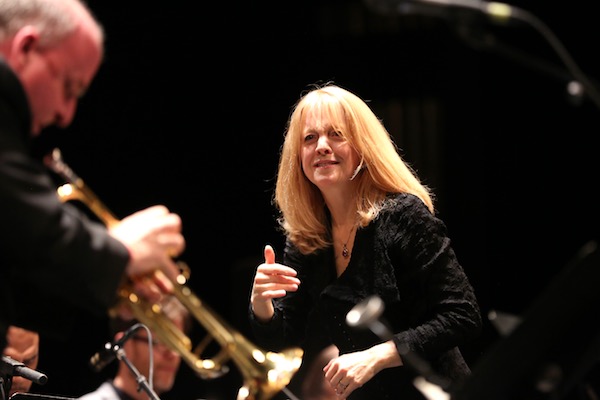